Have you been wanting to tint your windows but are a member of a Homeowner Association or Historic Preservation site?  Window Tinting for homes and offices can significantly reduce the amount of heat, glare and harmful UV rays from entering the building.  In the past, finding a window film that was aesthetically pleasing was rare.  Most window films were highly reflective and gave a mirror liked appearance.  With the advancement of technology, window film manufacturers were capable of creating high performance films which are made to be low in reflectivity and have higher heat rejection levels.

Homeowner associations(HOA) often have regulations regarding altering the outside appearance of a home. 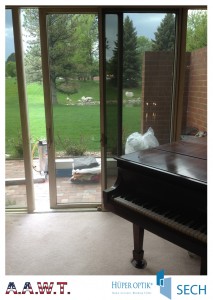 As part of a homeowner association, most homeowners believe that adding film to their windows would be in violation of their agreement, but this is no longer the case.  While high performance films are made not to alter the outside appearance, they also do not compromise the view from inside the building.  Historic Buildings and design committees have approved high performance window films to be placed on their windows.  The following window films were created to help control interior climate, provide glare reduction, heat rejection, aid in the prevention of interior fading of furniture and flooring, all while maintaining the look of your home or office and preserving the clear view of your windows.

Hüper Optik Select Series window films can reduce the total solar energy buildup in your house or office by up to 70% as well as reduce 99% of Ultraviolet rays that cause skin problems and fading of interiors. Employing state-of-the-art multi-stack thin-film technologies, the manufacturing process involves depositing alternating layers of microscopic precious gold and silver metals and dielectric substances onto ultra-clear films to create an unparalleled level of benefits. These non-reflective films are completely dye-free, have a neutral appearance and have the added feature of low reflectivity so that your view is not altered day or night! 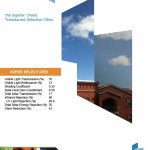 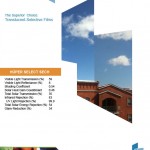 Click here to see some of our residential and commercial projects with high performance films.

Call All American Window Tinting, Inc., at 303-936-1362 for your FREE in-home estimate, today!!  We have worked with many HOA’s and design committees to find a window film that will be approved and offer the homeowner/client, relief from the sun.